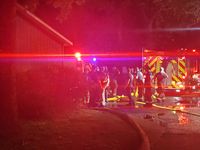 The first call came in at the 9300 block of Southmoor drive around 11:30 p.m. When firefighters arrived at the scene they could see smoke & flames coming from the front of the home. Thankfully, the two people in the home were able to get out of the residence safely.

Fire investigators say the blaze started on the stove in the kitchen after a pot was left unattended.

Just a few hours later firefighters were called to the 2400 block of Aubin Ln around 2:00 a.m. for a fire at a townhome. When they got to the residence they could see flames coming from the carport.

The resident arrived home while firefighters were battling the blaze. They told fire officials that they were cooking on the grill but had to leave the home. The grill ended up being too close to some combustible materials causing the fire.

No injuries were reported at either fire. 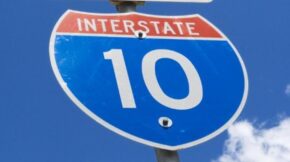