BATON ROUGE – State Senator Rick Ward is tired of the politics behind what he says should be a no-brainer.

Disagreements in the State Capitol over a new bridge are leading lawmakers in circles. That’s why, he’s using social media to his advantage to create a campaign in favor of building the new Mississippi River bridge.&nbsp;

As for funding, Ward says the state already has a surplus of half a million dollars that could be used towards a down payment.&nbsp;

&ldquo;We take these large sums of money that come in and we do what&rsquo;s the easiest thing sometimes politically which is to scatter it all throughout the state. What you end up with when you do that is&hellip; end up waiting another 10, 15, 20 years for some of these vital projects that really need to take place,” Ward said.

Ward aims to reach an audience made up of west-siders who are fed up with the severe day-to-day delays across the bridge. He says those drivers understand the importance and urgency of building a new bridge, and encourages them to call their local lawmakers.&nbsp;

The next Capital Area Road and Bridge District meeting is set for next month. 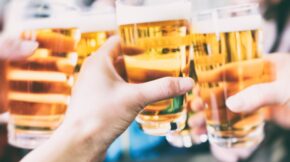